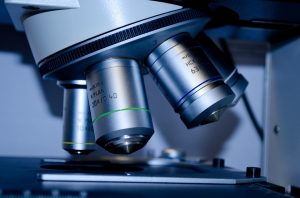 Philosophical materialism is nothing new. Much of Confucian thought as well as the worldview of the Epicureans in Ancient Greece were based on various forms of materialism. It does have a new twist and that is in the way that it presents itself—scientism. Scientism, according to Michael Shermer, the founder of the Skeptics Society, is the “scientific worldview that encompasses natural explanations for all phenomena, eschews supernatural and paranormal speculations, and embraces empiricism and reason as the twin pillars of a philosophy of life appropriate for an Age of Science.”

Once you assume that the material is all that exists, you must make further philosophical claims to support that. Scientism makes the claim that the world is not the creation of a rational process, but instead is a series of random processes. If this is true however then it would lead to the destruction of science itself. Science assumes that both the instrument that is doing the measuring is reliable and that the process being measured follows some laws. More specifically, it assumes that the human mind is reliable in apprehending reality and that reality is intelligible and can be apprehended. Both of these require an outside Mind, or as we Christians would term it a Logos, as their source. If there is not a Mind to underwrite our minds and if there is no reason that gave meaning to reality then reality cannot be measured. This is a foundational assumption that scientism as a philosophy glosses over, but one that has further implications. You may claim that things occur randomly, but it is irrational to actually attempt to study the randomness. After all, no one devotes their lives to studying random processes like coin flips.

Prior to becoming Pope, Archbishop Karol Wojtyla thought “the call concerning the dignity of the human person as the most important voice of our age.”

Upon his elevation to the Chair of Peter, he tasked the Church with the goal of rediscovering “and make others rediscover the inviolable dignity of every human person” (Christifideles Laici, 37). Therein lies the antidote to the culture of materialism. The Good News of the Incarnation of Our Lord, that is God Who is pure spirit taking on matter, is that mankind as a whole and each and every man individually has an immeasurable value. Each of us is more than a series of brain synapses and trained responses.

Human dignity is a bridge between what a person is and how he ought to be treated. The Magisterium uses the concept of human dignity as the basis for its assertion of the universal rights of all human beings. Pope John XXIII said that every human being has rights, “which derive directly from his dignity as a human person, and which are therefore universal, inviolable and inalienable.”

The concept of human dignity is very often misunderstood, not only by the culture, but by those in the Church as well. This happens because we make mistakes in determining what a person is. We get the anthropology wrong and therefore build our bridge in the wrong place. Through both reason and revelation we can properly develop what John Paul II termed an “adequate anthropology” and come to a proper understanding of who and what man is. Man’s dignity rests in the fact that he is fundamentally different than all of the rest of visible creation. He is both body and soul, a mysterious amalgam of material and spirit. He is part of the material world, yet because he has the capacity to know the material world fully, he also transcends it. This spiritual faculty, that is, the ability to transcend visible creation confers on all men a dignity that demands our respect.

When we shed the light of divine revelation on this idea, it enables us to more fully perceive man’s true dignity. As Pope John Paul II put it,

God has imprinted his own image and likeness on man (cf. Gen 1:26), conferring upon him an incomparable dignity (Centesimus Annus, 11).

The Book of Genesis, with its description of the creation, confirms and deepens our understanding of human dignity that is given to us by way of reason.

St. Thomas Aquinas distinguishes four levels of created similitude to God. First, all creatures bear a likeness to God simply by participating in being. God is the Creator of all that exists, however, only man is said to be made in his image. It is from his very particular resemblance to God that man’s absolute dignity is derived. He distinguishes our unique dignity further by introducing two other categories. There are those who share a similitude by grace. This pertains to all the baptized. Finally, there are those who share a similitude to glory by conforming themselves to Christ (ST, I, q.33, a.3).

It is this last category that enables us to see dignity also as something that is to be achieved. Man is not yet fully what he was made to be, especially due to original sin. Our Lord’s sacrifice has put us back on the right course, yet we must still respond and become fully human by conforming our lives to His. In this way dignity is not just something that we have but also something we must achieve. Human dignity consists in not only realizing what we are, but in becoming what we are supposed to be. This is why Pius XII can say that

true dignity and excellence in men resides in moral living, that is, virtue (Christmas Message, 1943)

without contradicting the fact that man has inherent dignity. It is this second aspect of human dignity that bears special attention in today’s culture, especially when addressing the question of human suffering.

Governed by a materialist mindset, suffering is “rejected as useless, indeed opposed as an evil, always and in every way to be avoided” (EV, 6). However, if we view suffering through a Christian lens it becomes a source of personal growth, even as the body begins to break down. That is because when united to the Cross of Christ it becomes a cause of virtue in us and therefore can increase our dignity. This is why in his letter to the Colossians, St. Paul says that he rejoices in his sufferings (Col 1:24). In a world which is literally dying to find meaning in suffering, Christians have the only answer. It is not just an intellectual answer, but one that can lead to great joy like Our Lord who because of the joy that was set before Him endured the Cross (Hebrews 12:2).

What this means for us as Christians specifically is that we restore a proper understanding of what compassion is. The word literally means “to become a co-sufferer” with. This means not only alleviating suffering where we can, but to help others find meaning in the suffering they do have. Only by holding the two dimensions of human dignity in tension can we truly be compassionate. We must recognize that there are certain things that we can do in the face of human suffering and there are certain things we must be willing to bear with others.

A discussion of the second and third roots of the culture of death and their antidotes will follow in the coming weeks.