Home
Wind & Flame
What is the Kerygma? 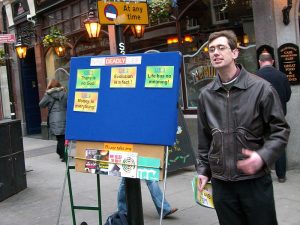 Pope St. John Paul II launched what has become known as the New Evangelization. It is new, not in its content but in its “ardor, methods, and expression.” The future of the Church depends upon the extent to which Catholics today embrace this call. But before we can speak of specific “methods and expression,” we must ask what it means to evangelize.

When asked what evangelization is, most would respond that it means to “preach the Good News.” This is true, but many of us struggle to describe what the Good News really is. Many people will say that it is simply that “God loves you” or “Jesus died for our sins.” Both of these are, of course, good and true, but not enough to capture the “news” part of the Gospel. If we are to be effective at handing on the Faith to the next generation, then we must be able to present the Good News in its fullness. It is this fullness of the presentation of the Gospel that is called the Kerygma.

A Big Word for a Big Idea

Many have heard the term Kerygma, but assume it is some complicated theological term. The word kerygma comes from the Greek word keryssein which means “to proclaim.” It is used in a number of places in the New Testament but most often in the letters of St. Paul when he says things like,

I came to you in weakness and fear and much trembling, and my message and my proclamation were not with persuasive (words of) wisdom, but with a demonstration of spirit and power, so that your faith might rest not on human wisdom but on the power of God. — 1 Cor 2:4-5

While having a definition is helpful, we must also come to understand exactly what the content of the proclamation is. 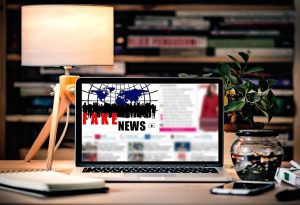 I said above that “God loves me” or “Jesus died for my sins” was insufficient for capturing the “News” part of the Gospel. In a culture of that is swimming in news outlets and fake news, it is important that we not lose sight of what real news actually is.

Real news is an announcement that something significant has happened that will leave reality as we know it forever changed. Take, for example, the events surrounding 9/11. Once everyone heard the news, they knew life afterward would be forever changed. It may take time for that new world to be fully realized, but the fact that the event has happened has already set us on a trajectory towards a new world.

Think now of the historical impact that the life of Jesus Christ has had on the world. Whether we are living in 2017 AD or 2017 CE, does not change the fact that the appearance of Jesus has set the world on an entirely new trajectory. The Gospel is News in the truest sense of the word.

The Gospel as News

As NT Wright has said, the key to evangelization is to always remember this “earth-shattering” impact of news because we always talk about news differently than we do about mere religion. Either the event happened or it didn’t; and if it did, then it has a very specific meaning attached to it. It is this meaning and its background that makes up the content of the kerygma.

We all have experienced this power even if we are not preaching the Gospel per se. Mention any other leader of religion in history during a casual conversation and people will continue to comfortably converse. Bring Jesus into the conversation and suddenly a certain amount of discomfort emerges and the whole exchange is in jeopardy.

Christ gave a command to preach the Gospel and therefore we should expect that with it comes a hidden power. He never commands something and then leaves us alone to follow it. He calls and He equips.

What is common to each of the speeches in Acts can serve as an outline to the content of the kerygma.

The actual preaching may not occur all at once, but before the person can feel the impact of the Gospel they must have received all seven points.

When Jesus rose from the dead, He only appeared to a select group of people. This group was chosen because they were credible witnesses. This makes number 6 above the most important. All kerygmatic preaching is based on “eye-witness” knowledge of the person you are preaching about. If you are not living in the new reality of the Good News, then how can you invite another to be a part of this new world?

In a verse we are all familiar with, St. Peter commands the Church,

[A]lways be ready to give an explanation to anyone who asks you for a reason for your hope, but do it with gentleness and reverence. — 1 Pt 3:15

What this means is not so much that you need to be so knowledgeable of doctrine that you can defend the Church against every argument. Instead what it means is that when called upon to give an explanation we should be prepared to say “My hope is from Christ and let me tell you about it.” Whenever someone notices we are different, the response ought to be: “see the difference Jesus makes?”

St. Peter’s point is that we must be prepared to give them the entire kerygma. This assumes we have thought it out and rehearsed it. This doesn’t have to be filled with deep theological explanation (in fact the simpler the better), but it should capture most of the seven points depending on where the person is in relation to knowing Jesus. What it should be filled with however is love for Jesus and for the person you are meeting. Think of it as an introduction of two mutual friends that you have been wanting to meet each other. This really is at the heart of evangelization.