A faithful, pro-life warrior, Father was spending another afternoon ministering outside of the local abortion mill when he caught sight of the owner and chief abortionist. So many times he’d mentally prepared for this precise moment. So many times Father had rehearsed in his head the words he would preach to the man who made his living off the murder of children.

On this particular day, Divine Providence orchestrated the meeting. As the abortionist emerged from his bloody tasks, his eyes locked with the priest’s and he stepped within earshot. It was the opportunity Father had long been hoping for.

I always thought that if that day came, I would preach hell to him. In fact, such was my plan, but when I opened my mouth, all that came out was, God still loves you. God still loves you even after all you have done. Just one good confession and you can be forgiven.

Though Father had planned to warn the abortionist of his impending doom, the Holy Spirit, working through him, chose instead to shower the sinner with love and mercy. I can only imagine the mix of emotions I would have felt standing in Father’s shoes. 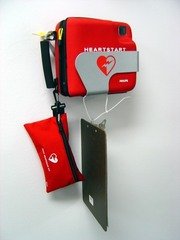 Of course, we’d all like to read a happy ending to this encounter, an on-the-spot, St. Paul-like conversion. We’d all like to hear that Father’s bold witness to Truth instantly shook the abortionist out of his stupor, and, like a doctor wielding defibrillator paddles, resuscitated his dead heart.

Because it could have happened.

But, unfortunately, on this day, it did not.

A week and a half deep into Lent, I’ve been mulling over the scandalous nature of Christ’s witness on Calvary 2000+ years ago. God had every right to preach hell to humanity. It was His prerogative to leave us shaking in our sinful boots, to give us the eternity we had coming to us.

Yet, while Jesus Christ did speak clearly about the reality of hell, He didn’t stop there. Instead, He chose to suffer our punishment. He took on Himself the retribution that we deserved so that we might be saved.

It defies all human reason that, rather than abandon us in our rebellion, God sent His only begotten Son to call us back. What man can comprehend the agony the Son of God endured in the Garden of Gethsemane? He not only foresaw all that He was about to suffer, He was acutely aware of the generations to follow who would continue to reject His merciful love. And still He was not deterred.

Shouting Across the Centuries 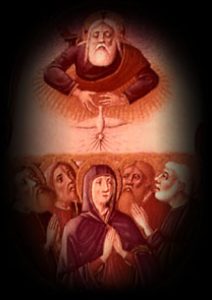 Christ saw that abortionist wielding his vacuum aspirator. He saw us all, you and me, clinging to our sins.

Our unwillingness to embrace this kind of scandalous love, a love which sacrifices self for the sake of another, is the root of our every misery. From abortion to adultery, from prejudice to exploitation, the very heart of vice is a denial to accept God’s unfathomable love for each one of us. Because, of course, to fully embrace His love demands that we return that love.

This is my commandment: love one another as I love you. John 15:12

As we continue to trudge through this lenten season, let’s let the Holy Spirit’s invitation reverberate in our minds. “Just one good confession and you can be forgiven.” Let’s meditate deeply on the scandal of a Love which thinks not of Itself, but of Its beloved, you and me. “God still loves you.”

Let’s lay aside our rehearsed responses, as Father did that in that providential meeting, and allow the Holy Spirit to speak to our hearts. When we do, He’ll be free to kindle in us the fire of Christ’s love which will renew the face of the earth.

Lenten Reconciliation Services in the Diocese of Raleigh

Whether it has only been a month since your last confession, or if it has been too many years to count, there’s no better time than the lenten season to return to the Sacrament of Reconciliation.

For a listing of Reconciliation Services throughout the Diocese of Raleigh go HERE.