As the name suggests, utilitarianism says that all things should be examined based on their utility or usefulness. This particular paradigm is at the heart of a Culture of Death because it includes not just things, but people as well. The value of a person is based on what they can do and not, fundamentally, upon what (or who) they are.

Utilitarianism and its Appearance

One of the primary ways utilitarianism manifests itself is through the loss of the sacred. Awareness of the sacred is fundamentally about seeing, not just a thing, but the meaning of the thing. It is the ability to see things as sacraments or visible things pointing out invisible realities. Utilitarianism only allows us to see things at face value and all things become profane. 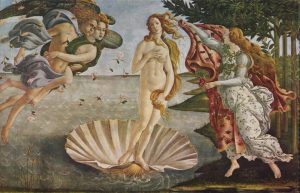 Throughout history, there have been many arguments over what specifically is sacred and what is profane. There are two areas that, up until our own time, have always been viewed as sacred—sex and motherhood. One needs only to look at both the ancient Greeks and Romans as examples with their goddesses of Venus and Aphrodite. This is a point that St. John Paul II also mentions in Evangelium Vitae when he says the culture of death can be partially blamed on those “who have encouraged the spread of an attitude of sexual permissiveness and a lack of esteem for motherhood…” (EV 97).

There are not just moral reasons why the Church wants to safeguard the link between marriage and sex. In her wisdom, she sees their sacred character and wants to protect them from profanation. This is a point that was easily missed by those who opposed Paul VI’s Encyclical Humanae Vitae. A careful reading of the Encyclical reveals Paul VI’s concern that sex and marriage would become profane through the use of contraception. It is worth examining these four points because it helps us to see how deeply contraception or, quite literally, “against life,” animates a culture of death.

The Unintended Consequences of a Contraceptive Culture

The first warning concerns a general lowering of moral standards opening wide the way for marital infidelity. This seems self-evidently true in not only the increased divorce rate in the past 60 years but now fewer young people are even getting married. It is also found in the promotion of so-called same-sex marriage. A culture that widely accepts contraception finds it difficult to see the difference between marriage between a man and a woman and marriage between those of the same sex.

Second, Paul VI thought that the young and those who are so exposed to temptation lose their incentives for keeping the moral law. The fear of getting pregnant was often a deterrent to many teenagers from engaging in fornication or from spouses committing infidelity. Now that we have removed the consequence of what is morally wrong by offering a “Plan B” it is harder to keep the moral law.

The third warning is related to the overpopulation myth. Paul VI predicted that there is a great danger of this power falling into those in public authority who have little concern for the precepts of moral law. We see this most egregiously in places like China whose one-child policy is enforced with mandatory abortions and sterilizations. It also occurs in more subtle ways when first world countries, including our own, tie economic aid to family planning policies within third world countries.

Finally, the Pope predicted that man would can easily forget the reverence due to woman and reduce her to a mere instrument for the satisfaction of his own desires (Humanae Vitae, 17). This is perhaps the most devastating effect of the four because this has led to the widespread tendency to eliminate any differences between the sexes and therefore a loss of the recognition of the sacredness of motherhood.

Because it has become so culturally embedded, this may not be immediately obvious unless we examine some of the underlying assumptions of contraception as they relate to women and motherhood.

In God’s plan for women however, she is saved through Motherhood as St. Paul says in his first letter to Timothy (1 Tim 2:15). This is not to say that women should not work or that those women who don’t have children will not be saved, only that motherhood is intimately bound up with what it means to be a woman and that a woman should not be made to feel that she is somehow inferior because she doesn’t have a career. After all, a woman’s womb is perhaps the second most sacred place on the earth next to a tabernacle. It is the only other place God manifests Himself when He infuses the body that the parents create through their act of love with an immortal soul. This awe-inspiring fact ought to cause us to never look at a woman in the same way again.

A second way in which this utilitarianism manifests itself is through what John Paul II labels an obsession with efficiency. Specifically, he says that

This culture is actively fostered by powerful cultural, economic and political currents which encourage an idea of society excessively concerned with efficiency (EV, 12).

In a culture that is “excessively concerned with efficiency,” love becomes at best an afterthought. What makes this particularly difficult to combat is that it is based upon the truth. Love really is very inefficient, perhaps even more inefficient than the largest government bureaucracy. When efficiency becomes the goal of all of our interactions we begin to treat others as things rather than as persons. We see them as stepping stones to get to what we want. This leads us to St. John Paul II’s antidote—what he calls the personalistic norm.

He introduces this norm in his book Love and Responsibility. Our actions fall into two types depending upon the object those actions are directed towards. If the object is merely a thing then the relationship is one of use. If the object is another person then the relationship should be one of love. Fr. Wojtyla puts it this way: “a person is a kind of good which does not admit of use and cannot be treated as an object of use and as such the means to an end.”  In its positive formulation, it says that

a person is a good towards which the only proper and adequate attitude is love. 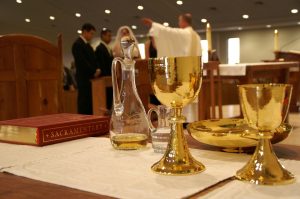 Think for a moment how effective is this antidote against the two manifestations of utilitarianism we mentioned. Contraception transforms what is supposed to be the most sacred act between two people from an act of love into an act of use. We will touch on this when we get to the third antidote, but love ultimately means making a gift of yourself. Marriage is unique among all relationships because it consists in making a total gift of yourself to your spouse. This is what gives it permanent character. It is also why contraception amounts to a lie and to use of the other person. A total-gift-of-self means not withholding anything from the other. This includes your fertility.

While marriage is unique among all our relationships, the personalistic norm also guards us against becoming overly obsessed with efficiency to the point where the distinction between our interaction with other people and with things is lost. As I mentioned earlier, love is by nature very inefficient. Love of neighbor takes a lot of time. “Friend” is not something that we do on Facebook but something that we are because we seek the good of another.

In the next installment, we will examine the third root and antidote.