In this last installment of this series on building a Culture of Life, we will examine the third root of the Culture of Death along with its antidote. St. John Paul II identifies the third root as individualism. This particular root is especially prevalent in our American culture, one in which we exalt the spirit of the rugged individualist setting it up as an unquestioned ideal.

The Pope puts it this way:

“…the roots of the contradiction between the solemn affirmation of human rights and their tragic denial in practice lies in a notion of freedom which exalts the isolated individual in an absolute way, and gives no place to solidarity, to openness to others and service of them.” (EV 19). 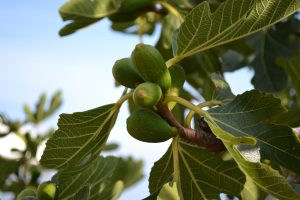 In the hopes of looking more closely at roots rather than fruits, it is helpful to briefly follow up on his idea that the cause of individualism is a false notion of freedom. Being a rational creature, man has both the power to know and the power to act freely. Free though we are, we must also grapple with the limits of our creaturely status. In many ways this is something that man wrestles with “in the beginning” and finds expression in the existence of the Tree of the Knowledge of Good and Evil in the Garden of Eden. Adam and Eve are free to eat of the fruit from any tree in the Garden, except this one.

There are, of course, two ways to look at this. First that they were not really free because there was a restriction on what they could do. Second, one could say that while they may have had license to eat the forbidden fruit, they would be less free after doing it. Our modern culture would tend to argue for the first while a more classical view would argue for the second. We tend to view freedom only in terms of being free of external restraint. But this is a stunted view of freedom. Freedom certainly consists in a certain amount of lack of external restraint, but freedom has a second dimension. Freedom is not given for its own sake but instead is given to us for something. So freedom is not only from but also for.

The Two Dimensions of Freedom

This contrast between freedom from and freedom for is no more clearly illustrated in what is perhaps the most damaging of all the Supreme Court cases to the pro-life cause in the past 50 years, Casey vs Planned Parenthood. In developing what has come to be known as the “Liberty Clause,”  the author of the majority opinion, Justice Anthony Kennedy had this to say:

“At the heart of liberty is the right to define one’s own concept of existence, of meaning, of the universe, and of the mystery of human life. Beliefs about these matters could not define the attributes of personhood were they formed under compulsion of the State.” (Casey vs Planned Parenthood, 505 U.S. 833 (29 June 1992))

Justice Kennedy did not pull this out of nowhere but instead reflects the prevailing attitude of our culture. This is the fruit of a culture dominated by what Pope Benedict called the “dictatorship of relativism.”  Moral relativism means that I, I and I alone, am the sole determiner of what is right and wrong because I am free. I can determine what my individual meaning of existence is and as long as I do not interfere with your meaning of existence then everything is fine. I am free as long as I do not infringe on your freedom and if I do then as long as you consent that is fine.

That is not freedom but instead license. Freedom is only freedom when it is ordered to the truth. In particular, we are only truly free when we act in accord with the truth of who we are as man. If freedom really is, as the Catechism puts it, the most “outstanding manifestation of the divine image” (CCC 1705) then its corruption is the most damaging. We must govern its usage carefully. Sin ultimately is a failure to use our freedom well. 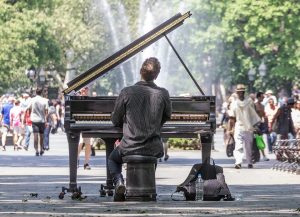 A simple example makes this clear. I am “free” to sit down and hit the keys on the piano.  But I cannot really play the piano unless I respect the truth of the chords and measures. I am not free however to make up my own chords and measures unless I want to simply make noise.

What happens when freedom and truth are divorced?  We need only return to Justice Kennedy’s decision to see its logical consequence on the question of abortion:

“[F]or two decades of economic and social developments, people have organized intimate relationships and made choices that define their views of themselves and their places in society, in reliance on the availability of abortion in the event that contraception should fail.”

It no longer matters whether there is a person in the womb or not. There is no objective truth. All that matters is that I be able to exercise my freedom in the way that I want. The truth is irrelevant. This leads not just to the absence of rules but to the realization that nothing we do matters. We cannot be free to make up our own purpose because a purpose must be something that comes from beyond us. If we try to live as if we can “define our own concept of existence” we live like the man on the piano, “full of sound and fury and signifying nothing.”

Freedom, Truth and the Law of the Gift

When we ground ourselves in truth, especially in truth about who and what we are, we find the antidote to this self-destructive exaltation of freedom that “gives no place to solidarity, to openness to others and service of them.”  Rather than allowing us to settle for our own “meaning of existence,” the Pope calls to mind his favorite passage from Vatican II that

(M)an finds himself only by making himself a sincere gift to others.

In fact he quoted it so often in fact that he simply called it the “Law of Gift.”

Man is not God but made in the image of God who is Love. It is the same God that made a gift of Himself by giving all that He had to save us. There is a scene in the movie The Passion of the Christ where Our Lord is being scourged that describes perfectly what it means to make a gift of ourselves. Our Lord has been scourged and is lying flat on the ground. All of the soldiers are exhausted from inflicting the beating on Him. Our Lady and John the Apostle enter the Praetorium and Jesus sees them. He fixes His eyes on them and begins to stand up so He can be scourged some more. In essence, He looks upon them and says, “I still have more to give.”  This is our model of what it means to make a total and sincere gift of yourself. Jesus shows us the meaning of life by giving Himself away. He is not just the exemplar but through the total gift of the Person of the Holy Spirit, He gives us the power to make the seemingly impossible, possible.