A chained dog, with sharp teeth bared, a foam of spittle mounting at the edges of his lips and a low growl rumbling through his throat, that’s the picture that formed in my mind when I heard Adam Blai speak about the devil. Mr. Blai, an expert on religious demonology, was offering an analogy to describe the reach of Satan in a world created by God.

If Satan is the vicious, snarling dog, God is the wise and responsible Owner, Who secures his leash to an immovable post. Just like the chained dog is restricted by the length and position of his tether, so too, the evil one is constrained in his movements.

The spiritual world is legalistic. There are rules just like there are laws in our world. God wrote the laws and God enforces them. -Adam Blai

Of course, the problem is that we, more often than not, choose to break the rules of God and expose ourselves to the consequences. We venture in to pet the dog; thereby, offering him the opportunity to bite. Except, before we enter his domain, we’ve usually convinced ourselves that we can tame the animal, so we’re all the more shocked by the pain when he sinks his teeth into our outstretched hand. 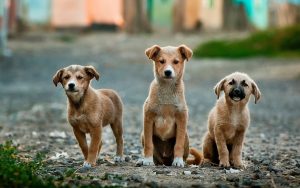 And, unfortunately, the devil doesn’t often present himself as a rabid, seething beast like the picture my mind conjured up. No, instead, he’s far more cunning in his tactics. He lures us with his playful, wagging tail or lonely, puppy-dog eyes.

He offers us attractive incentives because he knows our pride makes us all too eager to overlook the “Keep Out” signs.

Blai’s presentation focused specifically on extraordinary demonic possessions, or when demons have been given the spiritual rights to effect people, buildings, objects, or family lines. He explained that demons can normally upset a person or influence their feelings or thoughts for a brief period, which we call temptation. But possession, or control, requires that the evil one is given explicit permission by the person and/or by God. The person has exercised his free will to enter into the dog’s pen.

As terrifying as the prospect of possession by an evil spirit sounds (Linda Blair, anyone?), Blai said, “It is very important to remember that demons don’t move an inch without permission from God, they are not running free. God does not wish demons to harm people but He doesn’t violate our free will if we choose to form a relationship with demons.”

The Problem Is On the Rise

Perhaps, the average person might scoff at Blai’s work, or at the idea of possession in general. One might want to write off the whole idea as part of a horrifying movie plot or a fantastic story told to scare teenagers around a campfire. But, the truth is, demonic possession is real. And the number of people seeking help for the problem has been steadily increasing.

Today we are at a stage crucial in history: Many Christians no longer believe in [the devil’s] existence, few exorcists are appointed, and there are no more young priests willing to learn. -Fr. Cesare Truqui, exorcist

Indeed, not all claims of possession are truly diabolical in nature. In most cases, the person is suffering from mental health problems which they misinterpret to be the work of demons. For this reason, the Church requires an outside evaluation by medical and psychological professionals to help discern the cause of the disturbance (true possession or mental health). This allows the Church to direct the person to the proper sources for treatment.

Sitting in my seat, listening to Blai’s presentation, which included details of some real world cases that he has participated in, my number one concern was for my children. I wanted to know how to protect them in a world that makes petting the rabid dog look more and more inviting.

Though it’s true that my husband and I work diligently to raise our children in the Domestic Church, that does not mean they aren’t still vulnerable to the influences beyond our home. According to statistics, young people are all too readily abandoning the faith traditions that they were raised in.

Outside of a solid, informed, sacramental relationship with Christ, we become easier prey. We’re less apt to recognize the genuine spiritual dangers that exist in our modern culture.

Italy, alone, records 500,000 alleged cases of demonic possession each year, according to Sicilian exorcist Fr. Benigno Palilla. He attributes the increase (which he says has tripled in number) to a growing interest in activities like tarot cards and fortunetellers. 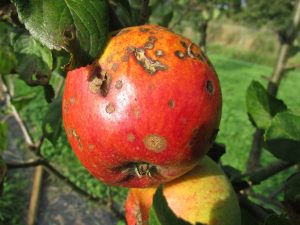 Other activities, including New Age Spirituality, occultism, communicating with spirits, and black magic, are also attracting many young people. These practices violate God’s rules; thereby, opening the gate between their practitioners and the diabolical.

Coupling this with a lack of orthodox religious formation and our natural human propensity to want to bend the rules (thinking of that darn forbidden fruit that looked too good to pass up), it becomes all the more clear why our youth are in danger of failing to recognize (and avoid) evil.

What We Must Do

How then can we protect ourselves and our children from the demonic? Firstly, we must recognize the reality of the problem. Evil exists and sin invites its forces into our lives.

Additionally, as the late exorcist Fr. Gabriele Amorth warned, Satan targets our weakness in order to draw us closer. So, it’s important to identify our individual vulnerabilities, or disordered passions.

The devil looks in each person precisely for his weak point and ‘works’ on it, creating his next sinful occasions, those that he has commissioned for him. It will be the targeted person himself, who in his liberty, will commit the sin, after having been well ‘cooked’ by Satan’s temptation. -Fr. Amorth

Secondly, we need insure that our consciences and those of our youth are well-formed in the precepts of the Christ and His Church. We need to know the rules which are in place for our protection and sanctification. Ignorance of God’s laws doesn’t equate to immunity from their consequences.

5 Practical Steps to Avoid Getting Bitten

The majority of us may never venture so close to the mad dog that we give him permission to sink his teeth into our flesh, but we could. Under the right circumstances, we, or those whom we love, could lose sight of the reality of evil in the world. And by extension, we could venture into his territory and become beguiled by his disguises.

But, the Lord is for us. He has not nor will He ever abandon us. So, if we keep our eyes open to the reality of the world around us (natural and supernatural), we cleave to the Creator of all that exists, and we obey the rules He has established for our good, then we can rest assured that we’ll stay safely within the secure boundaries of God’s Kingdom.