“Not my monkeys, not my circus” is a great line to recite unless, of course, it is your circus and they are your monkeys!

Rousing, motivating, transporting and corralling eight children into a pew each Sunday morning often leaves my husband and I feeling like we’re ringmasters of a small traveling side-show. Yet for all of the trouble it can be to present ten people in Mass each week, we know it makes all the difference if we want to keep our children Catholic. 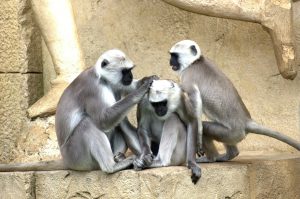 Admittedly, I’d like extra credit for choreographing our performance (because without me there’s a good chance a few more heads would turn up unbrushed and there’s no guarantee anyone under 12 years old would have matching clothes). But, the fact of the matter is that my husband’s role at Mass is the determining factor in ensuring that our children remain lifelong Mass-goers.

A 1994 survey in Switzerland found that the religious practice of the father decides the future attendance habits (or absence) of the children. According to the survey findings, if both parents regularly attend religious services then 33% of their children will be regular churchgoers for life, 41% will attend irregularly and 25% will stop practicing their faith.

Of course, 33% is still a disappointing percentage when we weigh the importance of faith in our journey toward eternity, but according to the Swiss study 74% of a couple’s children continue practicing their religion at least irregularly when dad sets the right example. Without dad’s lead, the statistics decline dramatically.

If the mother attends services regularly but the father attends irregularly then a mere 3% of their children will continue on as regular churchgoers, 59% will go irregularly, and 38% will abandon the practice of their faith.

And when father skips Mass altogether, in spite of a mother who attends regularly, then only 2% of their children will be regular attendees, 37% will attend irregularly, and sadly more than 60% of their offspring will leave the Church 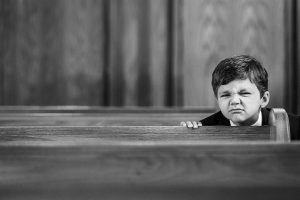 Of course, one might argue that the study wasn’t specific to the Catholic faith, that it’s out-dated or that it’s only a reflection of practices in Switzerland. One could argue against the survey’s findings based on these points, but judging by the increasingly empty pews here in American Catholic churches it would be difficult to prove such a stance.

While our culture tells us that the role of fathers is easily replaceable, evidence proves otherwise. All of a mother’s good intentions and faithfulness cannot fill the void left behind by an absent father.

Children unconsciously look to their father for cues about the world, which is logical considering that God presents to us as Father.

This is how you are to pray: Our Father in heaven hallowed be your name… MT 6:9

Therefore, if their father teaches them by his example that church attendance is unimportant or altogether irrelevant then the kids are going to believe him.

Add to this lesson the fact that religious education classes are dominated by female teachers and the adjacent pews are filled with women and the (erroneous) message comes through loud and clear: God the Father doesn’t care whether or not you worship Him.

Being a mother myself, I understand the desire as a female to want more credit in this area of formation. However, for all of the valuable blessings God has bestowed upon womanhood, He has not set it to be a replacement for the role of father.

Consider the Blessed Mother. God made her Queen of Heaven and Earth. We go to her for aid and follow her virtuous example, but we recognize that she is not the Father. She intercedes on our behalf, but she does not create or command (well, except to command us to do whatever Jesus asks of us). We know the commandments come to us from our Father and we follow them in the hope of entering His kingdom.

Children intuitively model their father’s behavior when it comes to practicing their religion for the long-term. No amount of entertainment or creative programs run by mothers will counterbalance the consequence of dad’s empty seat.

What’s the take away? Should single mothers stop trying to pass on the faith to their children? If dad prefers to go fishing on Sunday mornings, what is a wife to do? These are difficult situations for sure, but here are a few ideas:

Stay tuned for my up-and-coming post on how my husband and I trained our big brood to sit through Mass.