“Would you ever stop loving me?” the little girl asked.

“Oh course not,” said her mother.

“But what if I did something naughty? Something really naughty? Would you stop loving me then?” the girl persisted.

“I would never stop loving you, honey. No matter what, I will always love you,” said Mother.

Still not satisfied, the child rattled off a list of every bad thing her young mind could conjure up. From cursing and lying to stealing and murder, she tried Mother’s sincerity against each ever-increasingly horrible act. But her mother continued to repeat her steadfast love.

While we readily understand a parent’s promise to love her daughter regardless of her possible failings, most (if not all) of us know that such a promise is not always honored by all people throughout a lifetime. Our human weaknesses often overshadow our intentions to love unconditionally. 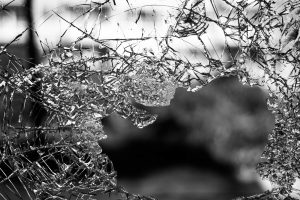 How many broken families result from “unforgiveable” sins? There’s that aunt who no one talks to anymore, the grandparents who refuse contact with certain grandchildren, the in-laws who hold a never-ending grudge, the ex-spouse who abandoned the family, the child who betrayed our plans…

The majority of us can relate to some scenario in which we are for someone else or someone else is for us a person seemingly beyond forgiveness. We imagine that little inquisitive girl finally hitting upon that one sin which shatters her mother’s heart beyond mending and leads her to recant that promise of enduring love.

Of course, the problem with this reality (that our human weakness justifies withholding forgiveness) is that we often mirror our weakness onto God. We envision that God’s unending mercy stops short under certain circumstances.

Sure, we see how He would forgive the repentant tax collector, prostitute or thief. We even accept the miraculous conversion of Saul. But the abortionist, terrorist or child predator has definitely done too much damage to be forgiven. Right?

As easily as we assign some others’ sins as beyond the pale, so too our human weakness makes us vulnerable to this type of thinking for ourselves. Perhaps, after years outside of the confessional, we believe that we’ve simply strayed too far from Jesus or that we’ve reached the point of no return. 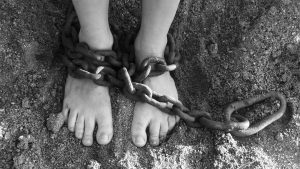 A counselor once shared the image with me of a prisoner who had been set free, yet who refused to leave his cell. Though freedom lay just beyond the open cell door, the prisoner could not release himself from the guilt and shame of his crimes.

He would not accept that restitution had been made or that his sentence had been lifted. He remained self-imprisoned.

I’ve grappled with this conflict in my own life. After avoiding the Sacrament of Reconciliation for more than a decade, I was finally overwhelmed with a desire to repent. I even braved a face to face confession my first time back. Unfortunately, in spite of Father’s words of absolution, I wasn’t convinced that all of my sins could be (or were) forgiven.

Though I became a regular recipient of the Sacrament in the years to follow, for too long I shackled myself to guilt for the sins which, in my estimation, could never be brought to justice in my lifetime.

However, Christ eventually opened my eyes and showed me the good fruits produced by so many repentant sinners. Indeed Saul may be one of the most notable sinners  transformed into a stalwart Christian, but those kinds of conversions are not simply the stuff of ancient history. 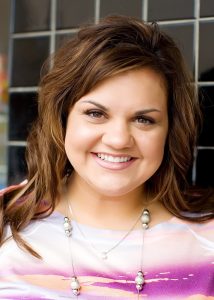 Consider Abby Johnson, a former director at Planned Parenthood, who devoted herself to helping women destroy their unborn babies. For eight years, she rose through the ranks of our nation’s biggest provider of abortion. Who knows the number of lives lost or permanently wounded during her time with the organization?

Then in 2009, while assisting with an ultrasound-guided abortion, Ms. Johnson experienced a dramatic transformation. The scales fell from her eyes as she watched the second trimester baby fight for his life (and lose).

Abby Johnson left Planned Parenthood and became a dynamic voice in the pro-life movement. Her foundation And Then There Were None, a ministry that seeks to free abortion workers from the industry, has now aided 300 clinic workers.

Through this one repentant heart, Christ bears much good fruit. And who knows how much more there is to come.

As Far As the East Is From the West

While our fallen nature leads us to love with conditions, God assures us,

Unlike our familiar relationships, our Heavenly Father cannot break His promises. Therefore, we must trust Him by stepping out of the cell of our guilt and shame once He blots out our sin.

And since we are called to love as Christ loves, we must extend forgiveness to that naughty little girl, that aunt, those grandkids, the in-laws, the ex-spouse, that child.

There is no unforgiveable sin. Not for you and not for me. Not for anyone.

Every single one of us prodigal sons and daughters is welcomed with open arms when we return to the confessional with a truly contrite heart. It is often then, when we’ve humbled ourselves and sought out Jesus’s mercy, that He does His greatest works (in and through us).

If it’s been awhile since your last confession, take advantage of the opportunity to return to the sacrament this weekend during the Ignited by Truth Conference. A number of priests  will be available to hear confessions and you won’t even have to miss out on any of the great talks while you’re waiting in line. Come hear more about how God is working through Abby Johnson and at the same time open the door to allow Him to work in you.