Home
Wind & Flame
If Knowledge Is Power, Why Do Women Remain Ignorant?

Late 16th century philosopher, Sir Francis Bacon is famously quoted as stating, “Knowledge is power.” Bacon understood that knowledge is necessary to achieve any profitable work. From scientific discoveries to simple monetary exchanges, knowledge empowers us to form educated hypotheses and make informed decisions. So, if we’ve long-known that knowledge is the key to unlocking human potential, then why are the majority of modern women still woefully ignorant when it comes to their own bodies? 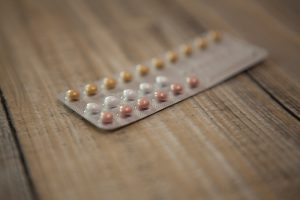 When my husband and I married in 1992, I was one among the masses of women who knew little about the goings-on of their female reproductive system. Sure, I’d received the elementary information that most of us women got back in the fourth grade (the how-to’s on periods, pads and PMS); beyond that, though, my educational expertise extended only to the wide array of birth control options that existed.

Having married outside of the Catholic Church (in a Russian Orthodox Church), there was no pre-cana requirement. The priest who  married us never mentioned Family Planning, let alone Natural Family Planning (NFP). In hindsight, I see how that lack of proper formation led us to make bad decisions. Decisions which negatively effected both my health (physically, emotionally and spiritually) and my marriage.

Perhaps, if we had married within the Catholic Church, I would have been better informed.

According to a 2011 Guttmacher Institute study, 98% of Catholic women said they used contraception. Clearly, even with an unchangable doctrine and a marriage preparation program in place, Catholic women still chose birth control as their primary source of family planning. The problem lies in the timing. With more women waiting until later in life to marry, and less women waiting until marriage to engage in sexual relations, the majority of women spend years (if not decades) misinformed.

Sex Ed. classes are increasingly pushed on younger and younger children. Additionally, the biggest provider of abortion in the United States, Planned Parenthood, is often the proud sponsor of that education. 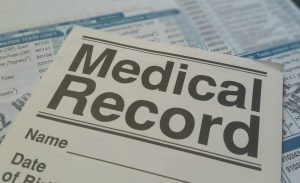 Any woman, who has ever spent time in a gynecologist’s office, can attest to the fact that birth control is big business. Advertisements for the latest IUD and implant decorate the walls. Doctors routinely ask what birth control method you are using. Then, they eagerly scribble out prescriptions for the Pill to treat every complaint: from acne and PMS to cycle irregularity and heavy menses. In fact, most women have no idea that  better options exist for treating common female-related concerns.

Are the Women Just Alright?

So, after years of being told that contraceptives are safe, effective and necessary for their health, women accept the message as absolute truth. Therefore, it is close to impossible to deprogram them in one 30 minute session during a pre-cana course.

Yet, tempting as it is to throw up our hands and capitulate to the mantra that modern women are doing just fine, we do a grave disservice by leaving women in their ignorance.

Women are not better off believing that their bodies must be controlled with pharmaceuticals and foreign devices. In fact, women suffer the sad effects of misinformation when: 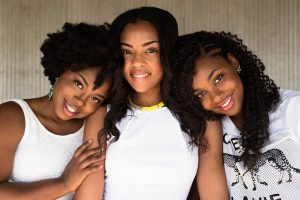 Power is never exercised by bowing to fears (of pregnancy) and false beliefs (contraceptives are good medicine). It is exercised in the freedom to make a wise choice. And wisdom springs from knowledge based on truth.

The truth is that the female fertility cycle is not a mystery. Modern science has proven Fertility Awareness Methods (FAM) to be highly effective. In fact, the Sympto-Thermal Method proved more than 99% effective when used to postpone pregnancy.

Every female is capable of reading her signs of fertility and infertility each cycle. Daily observations of cervical mucus, basal body temperature and cervical changes tell a woman whether she is fertile or infertile on any given day of her menstrual cycle. She can then use that information to make wise decisions about her health and her family planning. Additionally, she can use this knowledge to determine the root cause of many health conditions; and thereby, work to heal the underlying cause.

Unfortunately, it is more effective to give proper instruction from the beginning than it is to re-educate a person who has been indoctrinated with misinformation. So, the solution is multi-faceted.

We need to continue reaching out to women wherever they are: in pre-cana, in the workplace, in the doctor’s office, on social media. We must clearly instruct them on the science and practice of Fertility Awareness. Men also need instruction because their support is critical in marriage. But the best way to empower women is to teach them from their youth.

Teach our daughters and granddaughters how their bodies work and how to work within their bodies, naturally. Because once they comprehend the inner workings of their bodies, they realize how wonderfully made they are. And that knowledge is sincere Girl Power!

You formed my inmost being; you knit me in my mother’s womb. I praise you, because I am wonderfully made; wonderful are your works! –Psalm 139: 13-14

Resources Within the Diocese of Raleigh

Curious about Fertility Awareness Methods and Natural Family Planning? Looking for a physician who will support you in the practice of a FAM/NFP? Would you like to arrange a presentation on FAM for a group of young women and mothers? Check out Reply OB/GYN. Want to learn more or register for a full course in FAM/NFP? Check out The Diocese of Raleigh, Natural Family Planning page for classes around the diocese and teachers’ contact information. July 22nd – 28th, 2018 is National NFP Awareness Week. The USCCB theme for this year is Generations of Love, Humanae Vitae (1968-2018). Find resources to create bulletin inserts, articles, and social media threads on the USCCB media kit webpage.