On May 13, 1917, the Blessed Virgin Mary, under the title of Our Lady of the Rosary, appeared to three humble children as they tended their sheep in a pasture in Fatima, Portugal. The beautiful Lady would appear to Lucia, Francisco and Jacinta in the Cova da Iria a total of six times that year. 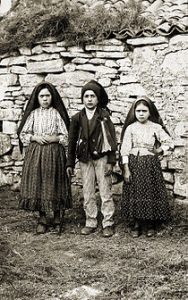 At the time, the world was in turmoil. Europe was engaged in the First World War and Russia was on the verge of revolution. In His mercy, God sent Our Lady with the remedy by which the world might find peace again. That remedy is the message of Fatima.

On Sat May 13, 2017, parishes around the Diocese of Raleigh will celebrate with the faithful 100 years of Fatima. EWTN has a website devoted to the anniversary, with information on the apparitions and a schedule of programming.

Here are events that you can attend on Saturday:

From St. Joseph’s bulletin, here is information on the plenary indulgence available on this 100th anniversary of Fatima (St. Joseph’s will have a Holy Hour Sat, May 13 after the 8 am Mass):

2017 marks the 100th anniversary of the apparition of the Blessed Virgin Mary to three shepherd children in Fatima, Portugal. In honor of this important centennial, Pope Francis has declared a Jubilee Year from the 27th of November 2016 till the 26th of November 2017. As part of the Jubilee Year, the Holy Father has granted the opportunity for the Catholic faithful to obtain a plenary indulgence under the normal conditions, which are detachment from sin, confession, communion, and prayers for the intentions of the Holy Father and meeting ONE of the following sets of conditions:

Want to learn more about Fatima? There are a number of movies that depict the events that took place in Fatima:  The Miracle of Our Lady of Fatima (1952), Apparitions at Fátima (1992), The 13th Day (2009) and The Day the Sun Danced (cartoon).

Tell Us What Your Parish Is Doing

Do you know of other celebrations happening in your area? Comment below and let us know about them! 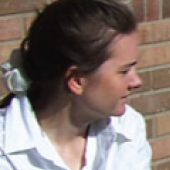